Last month I was one of the hundreds that queued up for the Dominique Ansel London opening in Belgravia. In case you hadn’t heard, Ansel is the inventor of the world famous and trademarked Cronut (a hybrid of the donut and the croissant). The flagship store in Manhattan opened in 2013 and the Belgravia branch is the first to open in London. Rumour has it, some eager cronut-lovers had set up camp outside at 5am (probably for the best, by the time I got there at 7pm all cronuts had sold out! Sob sob). This was despite customers being limited to purchasing a maximum of 2 butterscotch and cacao nib cronuts each!

So instead I tried another one of Ansel’s signature bakes, the cookie shot. As the name suggests, this is a warm cookie in the shape of a shot glass, coated in its interior with melted chocolate, and filled with milk. It was great! 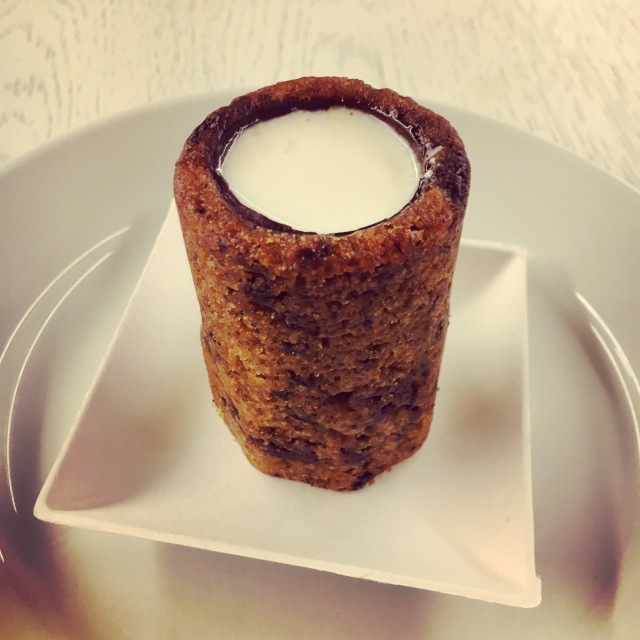 What’s particularity commendable is Ansel’s customised approach. The company have never repeated a cronut flavour in the last 3 years as the flavours are changed every month and there’s even a different dough for summer and winter. The menu at their new London branch has also been tailored to British tastes. For example, the typically British Welsh rarebit croissant. There’s even talk of an afternoon tea opening soon! 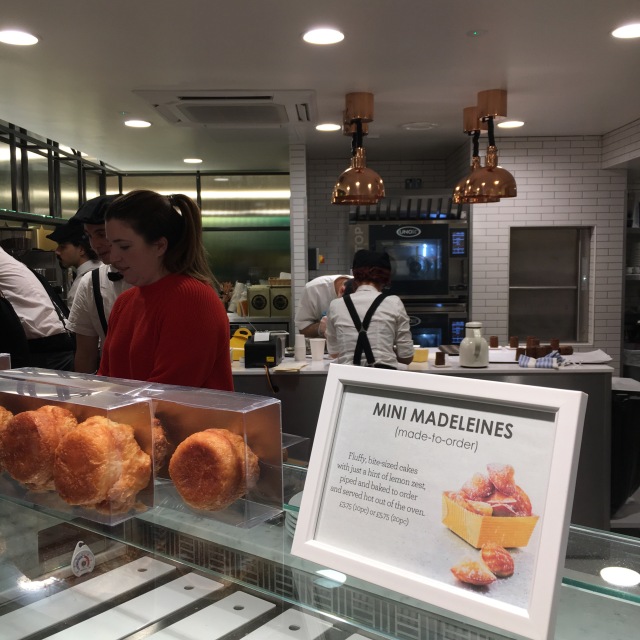 The interior is modern yet elegant and has a courtyard lit with fairy lights and a retractable roof. The team really excel in quality and freshness, which is achieved by a 24 hour operational kitchen. Although the items are not cheap (the cookie shot was £4.85 to eat in), the taste and quality is reflected in this price, everything is made from scratch. It’s definitely a must try!