I was lucky enough to be invited to the Nordic Bakery earlier this week for a cinnamon bun tasting event as part of their Cinnamon Bun Week celebrations!  Cinnamon bun day officially falls on 4th October, however, the Nordic Bakery have taken this a step further and will be celebrating throughout the whole week of 29th September to 4th October by unveiling a new flavoured bun every day of the week! 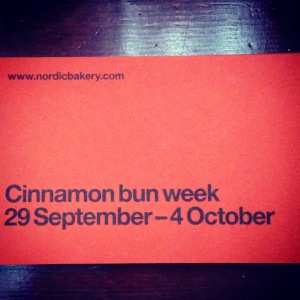 We were asked to sample the 5 different cinnamon buns that would be on offer throughout the week and vote on which one we liked the most.  The flavours included: raisins & lemon glaze, chocolate button, apple, blueberries and custard & almond.

All the buns were delicious, it was extremely difficult to chose a favourite.  I would say the apple and chocolate buttons were particularly delectable.  They were soft on the inside and crispy on the outside, especially on the glazed areas.  The buns were sweet, but light a the same time. 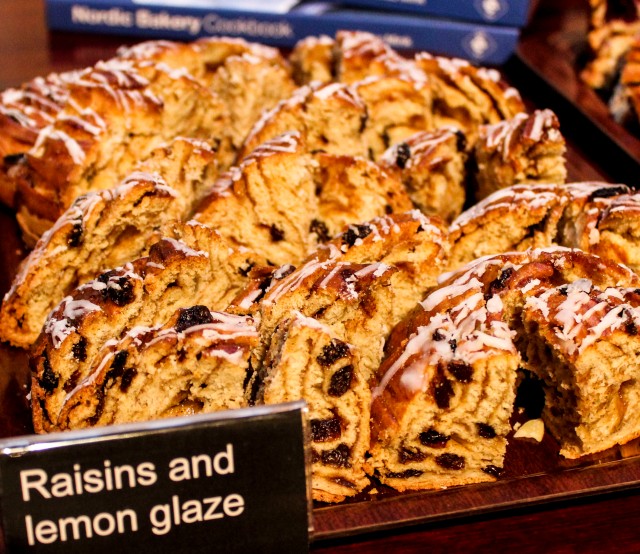 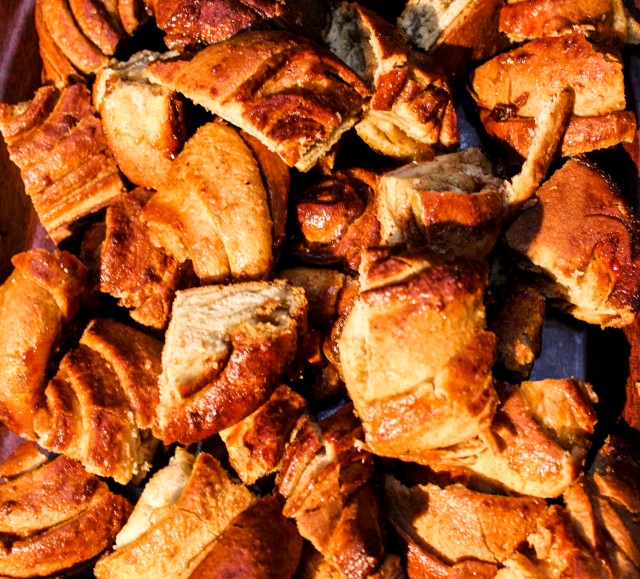 The Nordic Bakery has several branches throughout London.  I visited the Marylebone branch on Dorset Street.  It is a quaint bakery with a cosy atmosphere.  They also have a cookbook featuring their recipes, including cinnamon bun recipes.  Downstairs, the restaurant has a small photography gallery featuring photographs taken by customers and their dining experiences.

The evening was very enjoyable,  I had the opportunity to meet other food bloggers over some cinnamon buns! We even got a goodie bag with a cinnamon bun to-go, and a bottle of  blueberry cordial.  I’d definitely recommend heading over to the Nordic Bakery next week in celebration of cinnamon bun week! 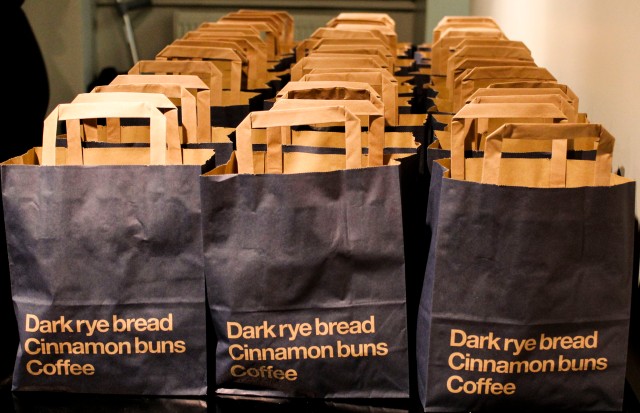 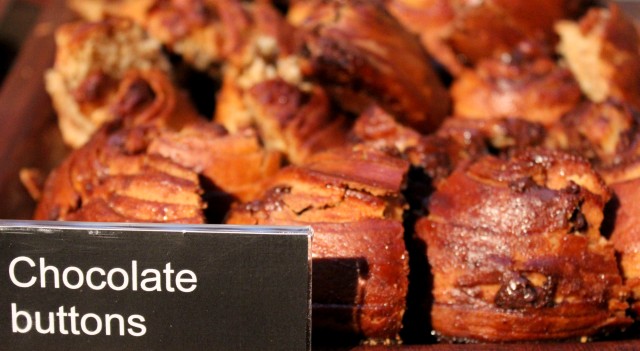 One thought on “Cinnamon Bun Tasting at the Nordic Bakery”

Dinner at the prettiest restaurant in London! 😍 @coppaclub Tower Bridge is right on the river with some amazing views. The food was decent and the menu had something for everyone (pizza, pasta, fish, burgers, lots of veggie options!). Approx £40-50 a head for 3 courses. It was perfect for a summers evening ☀️
What to eat and things to do in Seville! 👇🏽🇪🇸 save this post if you’re planning a trip ✈️
Dinner at the Nomad hotel 🥰 in their amazing dining room 🤩
Dinner at the Ritz! 😍 I visited a few weeks ago on my 30th birthday and it was truly spectacular 🤩
Dinner at @coteuk 😋🍷🥖 one of my fave chains! The food is good every time, it’s simple yet tasty. There’s something for everyone - lots of meat lots of fish and lots of veggie options. I ate here twice last year, once in Canterbury and once in Hampstead and both times were exceptionally delicious 😋 the fougasse to start is also the best garlic bread I’ve ever tasted 😍 it’s affordable but also has a nice vibe 👌🏾
🚨⚠️ALERT!⚠️🚨I found the best Sunday roast in London‼️‼️😋 this roast at the Princess of Wales on the edge of Primrose hill was absolutely divine: